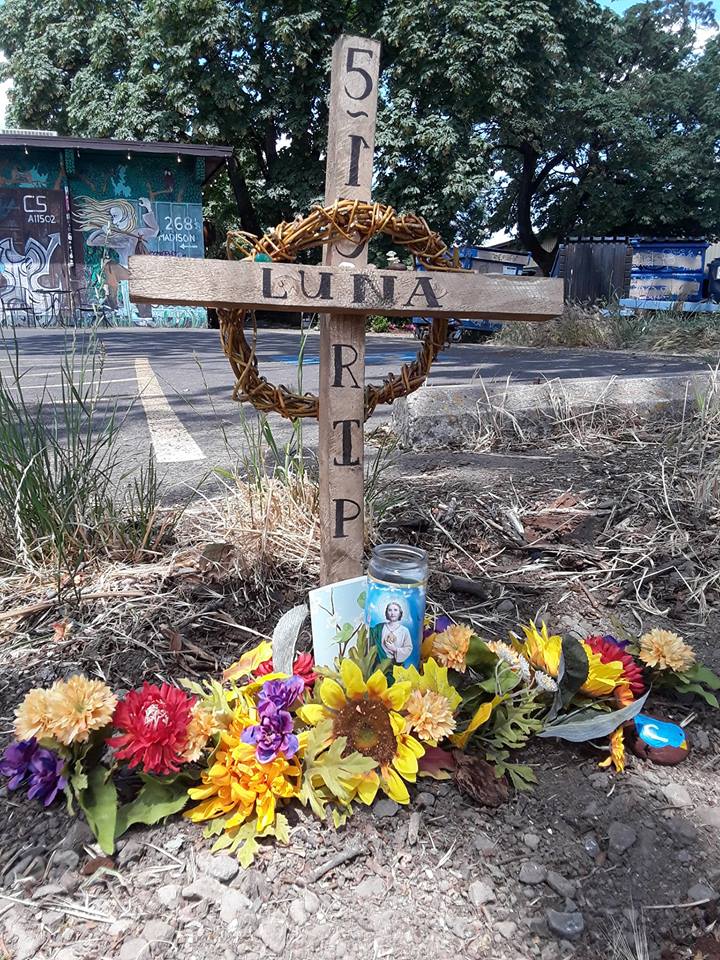 Jeanette “Luna” Rasnack passed away May 15, 2018 in Eugene, OR. She will be remembered by many Birders and is mourned by her community in OR, where she has lived since 2009. She leaves behind her father Carl Rasnack (Deborah), sister Carla Waid (Bryan), brother Joseph Rasnack (Colleen), niece Megan Waid, nephew Samuel Waid, daughter Carlie Joy, special companion Joe and many other relatives.

The family will receive friends at a memorial to Jeanette’s life Tuesday, May 22, 2018 at 2:30 pm, at Dayton United Methodist Church, 215 Ashby St., Dayton, VA. Interment will be private. In lieu of flowers, memorial contributions may be made to White Bird Clinic, 341 E. 12th Ave., Eugene, OR 97401 or online at www.whitebirdclinic.org/donate.

She loved sitting on the grass lawns and in my garden while I gardened. She loved to sit and wait while I did yard work. She loved going to the river and bathing. She liked going to the parks and going on long walks. She liked to play with leaves, gravel and soil with her hands.

She liked old and used jewelry and clothing. She liked loose-fitting dresses and skirts with no undergarments.

She liked things that were simple, things with no monetary value.

She liked collecting stone pebbles and walking sticks; she liked earth-friendly things. She liked places of peace, quiet and solitude, and not being around big crowds. She liked to carry old used blankets and loved to only walk.

She loved brushing her hair and me scratching her back and feet.

She loved to go for walks downtown and loved going to the Catholic church and First Christian for breakfast. She loved me taking her to St. Vincent de Paul’s to shop for clothes and to Sweet Life to get her cake.

She loved going to White Bird, and she liked calling Cahoots for rides.

She had an understanding for other people who were poor, in poverty and homeless. She gave me gifts of no monetary value, from her heart. We would sleep behind Vanilla Jill’s and under a maple tree behind Tiny’s Tavern where I met her, and other big maple trees in the Whiteaker neighborhood.

She loved wearing mits with the fingers cut off them and a sweater shawl, and she loved scarves and high-heeled boots, and shoes, and sandals, and cloth ankle bracelets.

She loved to follow me wherever we would go.

She seemed to want to be a free spirit and not to be troubled by how her house looked or people’s judgments about her; she wanted to be free from worries. She said that she really loved me, and she loved a feeling of being free and not too tied down to worries.

We went to the fairgrounds to have dinner and went to First Christian Church; she said she loved the pleasant music. She told me she wanted to know of good angels. She loved the necklaces, rings and bracelets I got her.

in In Memory 0 comments 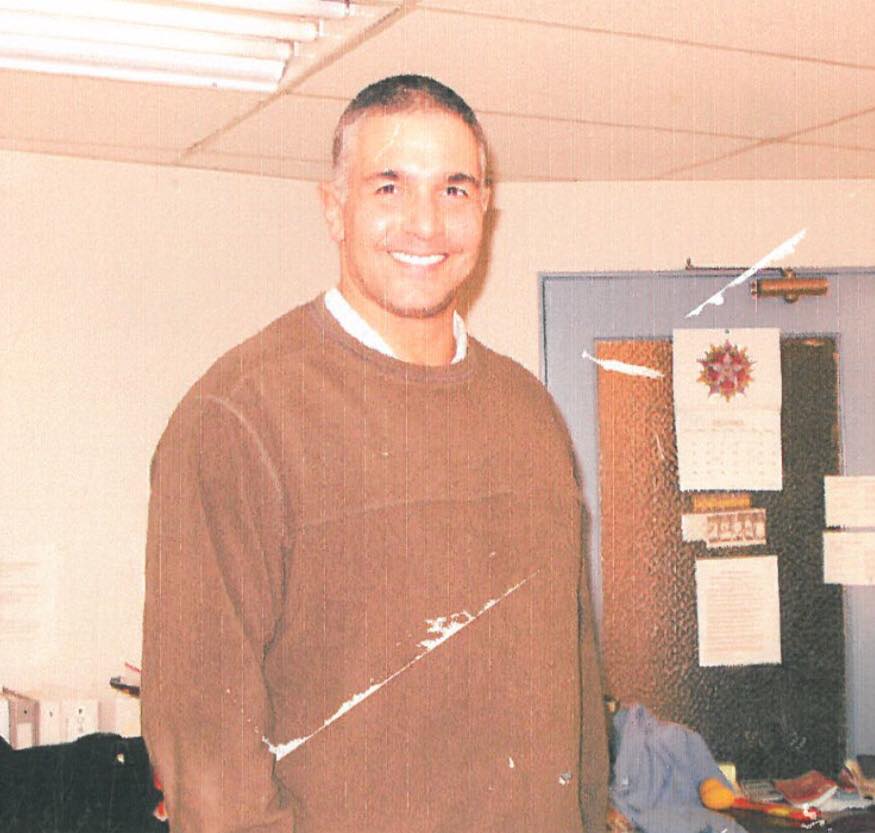 Dr. Contreras graduated from OHSU in 1994. He opened a private dental practice in Coos Bay Oregon. He was a native Spanish speaker who believed in supporting public health.

At one time in the clinic history we were struggling to hire a dentist. Dr. Contreras arranged his schedule so that he could work several days in a row at White Bird every other week. This allowed us to keep our grants and provide excellent care for patients.

Since 2012, Dr. Contreras made the drive from Coos Bay on Fridays for our 7 a.m. walk- in clinic.

He never missed a day, including the morning an accident disabled his car. He called a tow truck and made it to the office in time to see the first patient.

On Saturdays he worked at Lane Community College’s Clock Tower Clinic. Spanish speaking patients at both clinics were relieved to have a native speaker.

He was a foodie who often brought Cuban beans to share and enjoyed taking staff out for Indian food lunches.

Many, many Lane County residents have been relieved from dental pain by treatment provided by Dr. Contreras.

He leaves a big hole in public dentistry and in our hearts. We hope he rests in peace.

in Clinic News / In Memory 0 comments 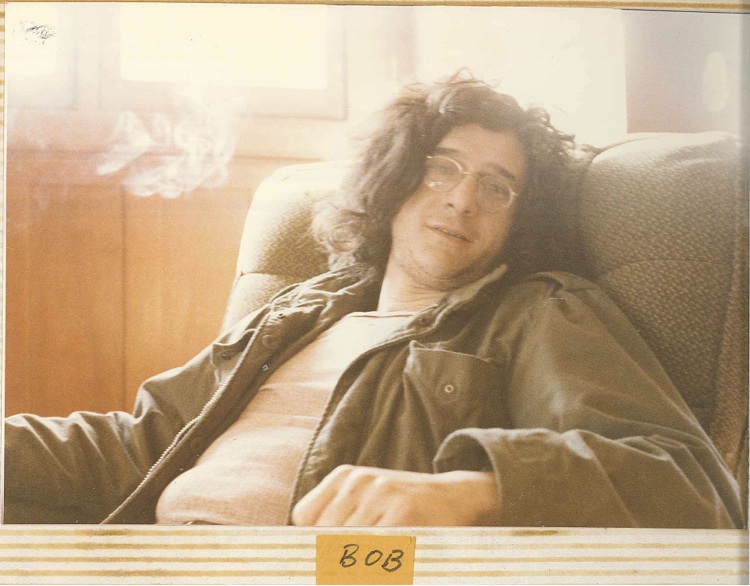 Friends, family and countless members of Eugene’s homeless community have lost a tireless advocate. Robert “Bob” Dritz, one of the earliest administrators of White Bird Clinic, died peacefully in hospice on January 15th. For this tribute, KLCC’s Tiffany Eckert sat down with two of his colleagues at White Bird to talk about the man and his legacy.

Bob Dritz was born in Bronxville, New York in 1946, the big brother of three sisters. He suffered from asthma as a child, a condition that often kept him inside. Friends say this is what developed his lifelong love of books.

Dritz went to college and taught English for a time. In the late ’70s, he eschewed work in California finance and lit out to find his real purpose. Dritz found it here, at Eugene’s White Bird Clinic, a fledgling non-profit agency dedicated to helping the poor, sick and disenfranchised.

Cori Taggart first met Bob Dritz while on a tour for new White Bird volunteers in 1979. The future crisis counselor remembers what she saw:

Wry smile: “These round glasses and a twinkle in his eye and this wry smile–he kinda gave us a wave as we walked through and I said to myself, ‘That is a very interesting looking man.”

The two later became intimate partners and then after that, they remained close.

Taggart: “He really respected women for their intelligence, their independence. He would never make cracks about a woman’s body or anything like that. That was just not him. When really smart women said something, he didn’t need to outdo them.”

At White Bird, Dritz quickly went from bookkeeper to program coordinator. Taggart recalls how he once handled a threat to cut crisis funding.

Taggart: “He showed up at that meeting with a phone book. When it was his turn to speak, he said ‘I want to speak to the importance of this crisis line to our community.’ He opened the phone book and on the front page with all the other emergency numbers was White Bird Crisis. The funding was restored.”

Not interested in the trappings of leadership, Dritz developed an equitable pay structure at White Bird that kept administration square in the middle. For more than a decade, Dee Hall worked with him.

Hall says Dritz was always humble, in attitude and dress. He usually wore jeans and a tee shirt to work.

Hall: “But his concession to being the public spokesman for White Bird was to take the cinnamon colored leather jacket off the back of the admin door.”

And then there was his memorable head of black hair, often tucked under a straw hat.

Hall: “For those of you who knew Bobby, it was amazing. Before he went out to a meeting, he grabbed the hairbrush out of his desk and he would brush his hair very carefully. And then he would put his hand over it and mix it like an egg beater. He reveled in the tussled look.”

Taggart: “Walking into a meeting of county commissioners or important people of some sort…you know he might have a simple little bag while other people would have these beautiful leather briefcases, sharp suits and great ties and everything. But when Bob opened his mouth, they started to listen.”

Hall: “Crisis Assistance Helping Out on the Street, the joke behind that one is that as an old hippie agency, suddenly we were in cahoots with the police. It was a surprise to all of us.”

In 2007, after 25 years of service, Bob Dritz retired from the clinic he helped build. Hall says, Dritz was deeply committed to the collective nature of White Bird.

Hall:”So we would often talk about how can we remain a collective and do the work that’s needed in the community. That structure continues and even with the new generation of White Birders, be believed we’d be able to keep the magic going into the next generation.”

The agency is now synonymous with crisis counseling, medical, dental, and drug and alcohol treatment for people living in poverty or on the streets.

In early January, Bob Dritz developed a blood infection. Codi Taggart was with him when he decided to stop treatment. She sat at his bedside and thanked him for everything.

Bob Dritz would have turned 71 on February 5th, 2017. A lover of the arts, poetry and a fan of Bob Dylan if ever there was one.

In Memory of Noah DeWitt

To the many people who have known and loved our son, brother, and friend Noah DeWitt, it is with deep sadness that we share the news that his body was found in Eugene last month.

Though this is a tragic resolution to his disappearance, the support of his friends and community these past few painful months has been truly beautiful.

Noah was a remarkable young man gifted with a deeply caring soul, a curious mind, and an amazing capacity to find joy in life and share it with others. His passing is a painful and profound loss. All we can offer is that you join us in honoring the gift of having had Noah in our lives by carrying his bright spirit forward.

The family would like to encourage people to donate to White Bird Clinic in memory of Noah D.