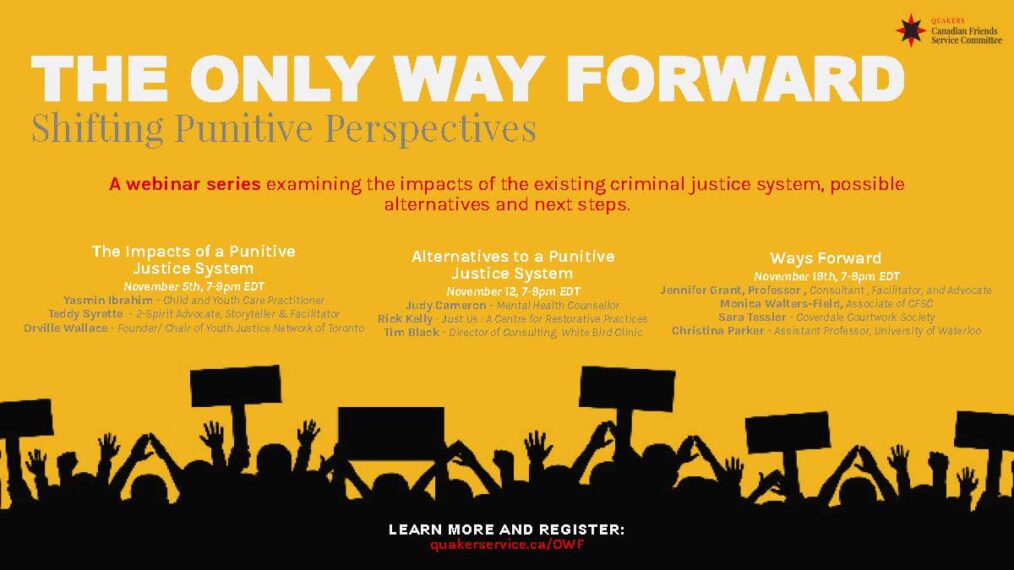 Alternatives to a Punitive Justice System

White Bird will be participating in the “Only Way Forward” webinar series examining the impacts of Canada’s existing criminal justice system, possible alternatives, and next steps on November 12, 4-6 pm PST. Tim Black joins a panel discussion on alternative forms of policing and prisons that have been successful.

What are they and why do they work? 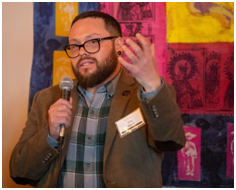 Tim Black is the Director of Consulting at White Bird Clinic. With a background in runaway and homeless youth, harm reduction, and street outreach, he began working for CAHOOTS as a Crisis Intervention Worker in 2010, before moving into an administrative role as the CAHOOTS Operations Coordinator.

His work with White Bird and CAHOOTS has put him in touch with cities across North America looking to implement services based on the CAHOOTS model of behavioral health first response. Programs based on the CAHOOTS model have been implemented in Olympia, Washington, and Denver, Colorado. In addition to his work with White Bird Clinic, Tim also serves as the Vice President of the Board of Directors for Eugene’s Community Supported Shelters. 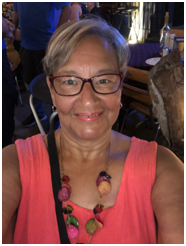 Judy Cameron is a member of Fort Albany First Nation and is currently living in Thunder Bay, ON. She is a mother of two and grandmother of 4 with 35 years of experience working with individuals and families in Addictions, Advocacy and Child Protection Services in a variety of settings throughout Northern Ontario. She was also a part time instructor at Confederation College in Thunder Bay, teaching classes in the Native Child and Family Worker and the Community Aboriginal Advocacy programs – the vast majority of my work has been with Indigenous children, families and communities.

Despite retiring in 2011, Judy is currently working as a mental health counsellor in Wapekeka First Nation.

“I am honoured to be a part of the Only Way Forward initiative and hope that our dialogue will bring about some meaningful change in Canadian society for the betterment of all peoples.”

Rick Kelly, Just Us : A Centre for Restorative Practices

Rick Kelly lives, as a visitor, on the traditional lands of the Anishnaabeg people. He was first introduced to the restorative model thru an indigenous lens. He has been trained by a Buddhist, rogue teacher, police officer, pastor from youth detention and Kay Pranis at the Canadian School of Peacebuilding (CMU). 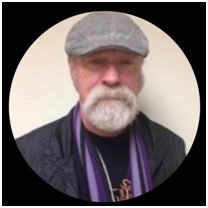 He has an MA in Restorative Practices, a BA in philosophy which he was told would doom him to a short and dead-end career, and an advanced diploma in youth work. Rick works to demonstrably unhook form the legacy of the predominant justice system in order to build ecosystems that are just and equitable. This is a continuous and evolving process of understanding and development. 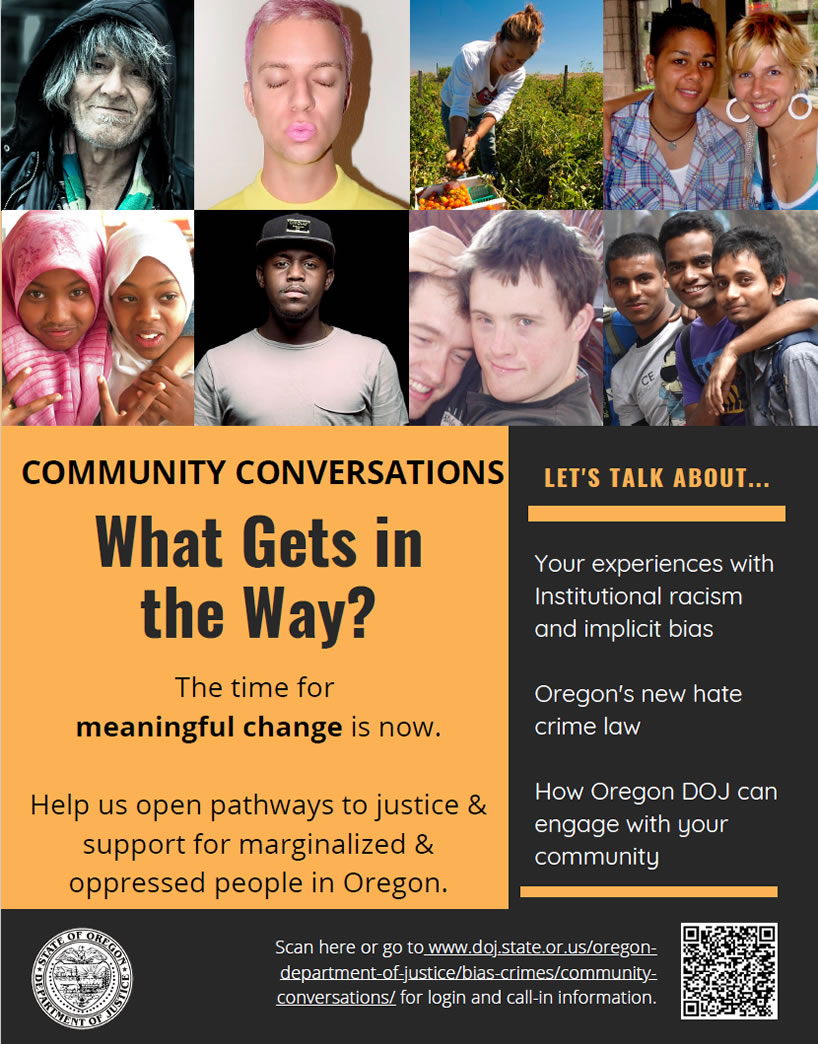 Community Conversations: What Gets in the Way?

The Oregon Department of Justice is hosting a series of Community Conversations running July 6-29 to help open pathways to justice & support for marginalized & oppressed people in Oregon. The events will cover:

Dates, Times, and How to Connect… 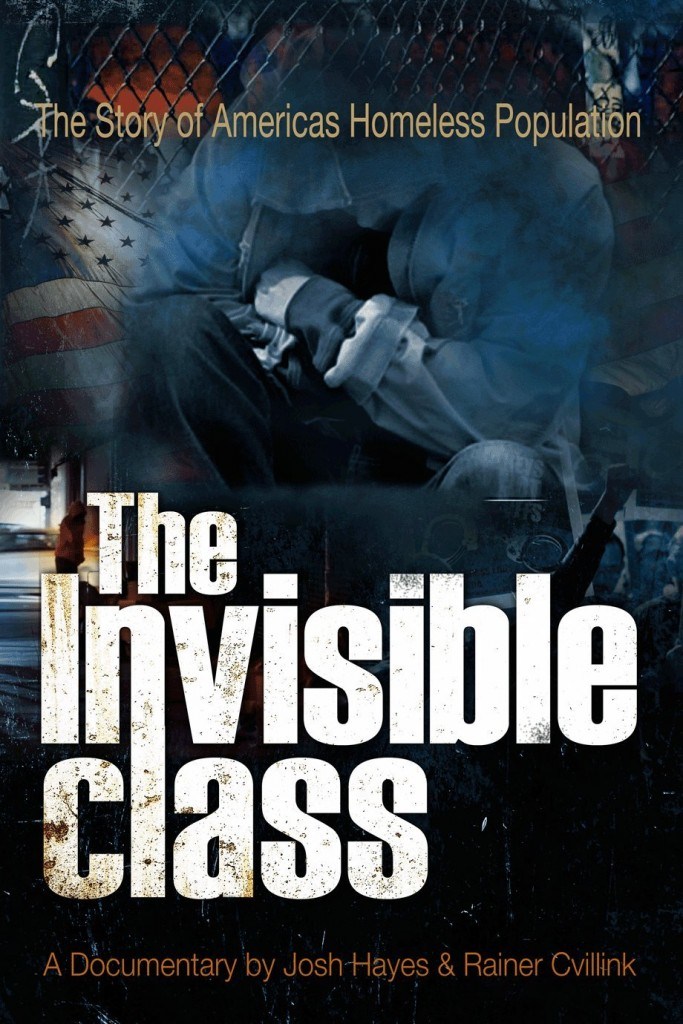 On Thursday, Feb. 6th at 6:30pm at the Broadway Metro Theater, Encircle Films will present “The Invisible Class,” a film that explores what it means to be homeless in America, challenging stereotypes and examining the systematic causes of mass homelessness in the wealthiest nation in the world. A panel discussion with Benjamin Brubaker, clinical co-coordinator at White Bird Clinic, will follow and White Bird staff will be available with copies of the new resource guide, “The Little Help Book,” a navigation book for people experiencing homelessness in Eugene. 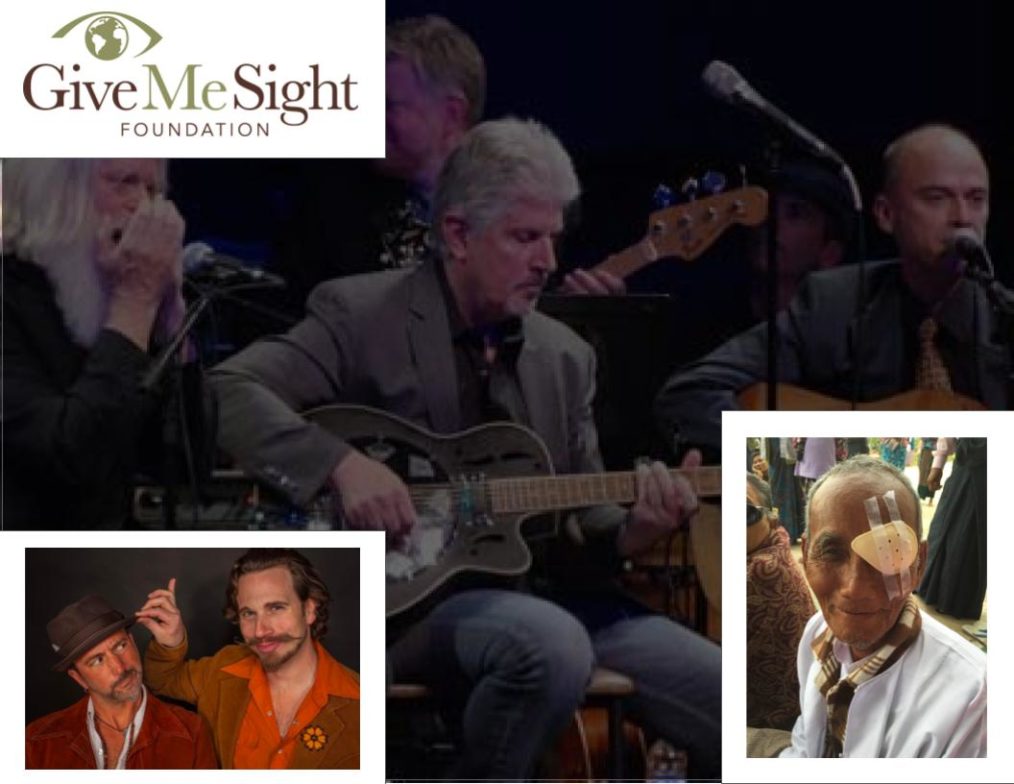 A Night for Sight Benefit Concert

Via a new arrangement with the Give Me Sight Foundation, Dr. John Haines with Oregon iLasik and Refractive will begin providing roughly three free cataract removal surgeries per week for White Bird Clinic patients. To generate funds to support their work, they are hosting a “Night For Sight” benefit concert event on November 22nd at The Shedd. The featured musical act will be The Good Time Travelers.

The Good Time Travelers are a multi-instrumental acoustic duo with vocal harmonies and a stage presence so big that they have been described as a “2-piece power-trio”. Pete Kartsounes and Michael Kirkpatrick have a sound that is rooted in bluegrass and folk music, but the sentiment is pure rock and roll. They’ve performed around the country at festivals such as Big Sky Big Grass (MT), Northwest String Summit (OR), Folk Alliance (MO), Winter Wondergrass (CA/CO), River City Roots Festival (MT), Beartrap Festival (WY), Mystic Hot Springs Music Festival (UT), and Salmonfest (AK). The Good Time Travelers have opened for Bluegrass greats such as Sam Bush, Leftover Salmon, and Del McCoury & David Grisman. 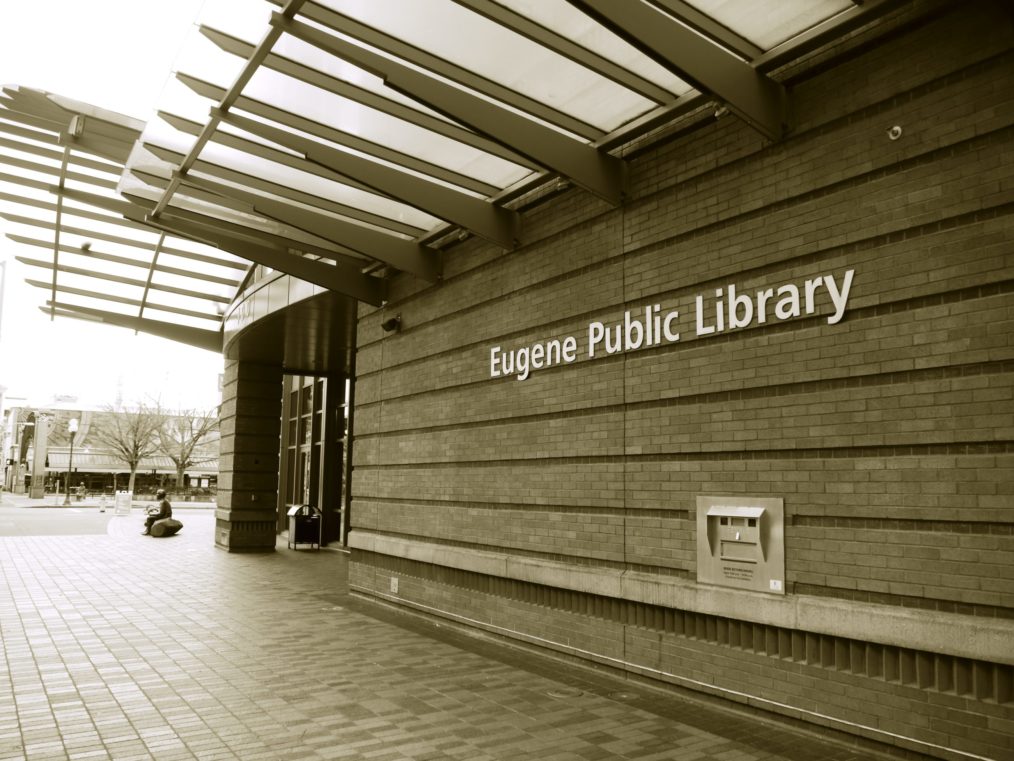 Volunteer Fair at the Library

We’re tabling at a volunteer fair with a focus on addressing homelessness on Thursday, November 14, 6:00pm to 7:30pm at the Eugene Public Library. Come meet with us and our local nonprofit and government partners, find out about our services, and learn about volunteer opportunities and other ways to support this crucial work. 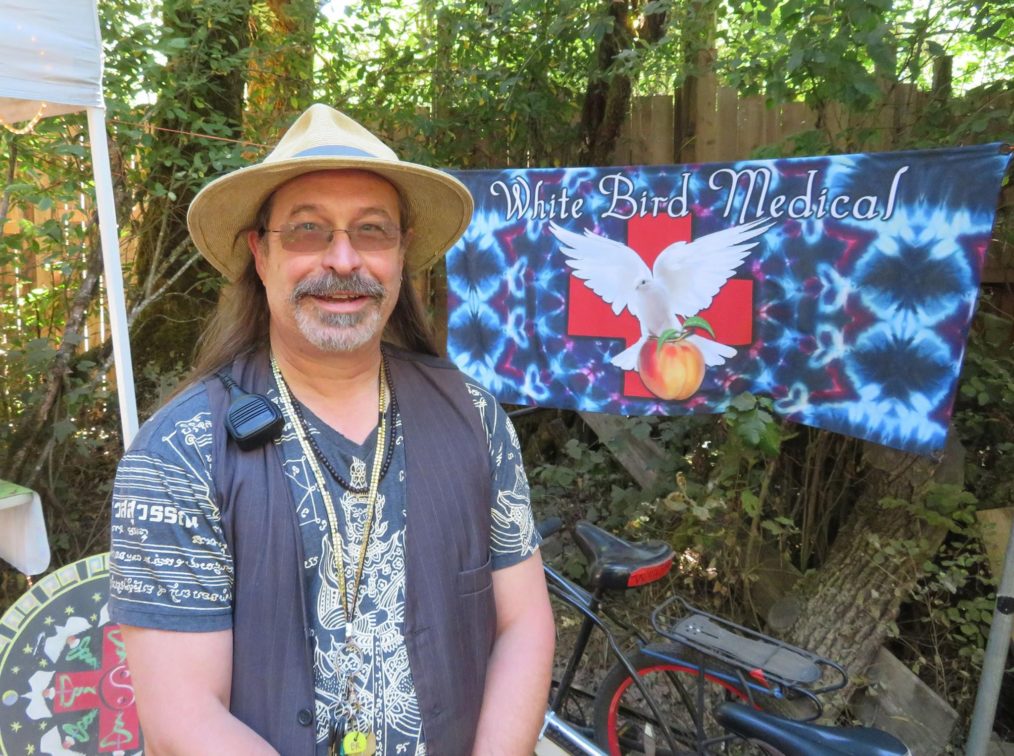 White Bird’s RockMed operates two first aid stations, one near Main Stage (Big Bird) and one in Xavanadu (Little Wing). White Bird is staffed 24 hours a day until Monday at 3pm, including several doctors around the clock, and nurses, EMTs, paramedics, and teams roving throughout the site that can be dispatched to incidents by radio. White Bird has been on site at the Oregon Country Fair for 50 years.

To celebrate our fiftieth, we’re growing our programs, demonstrating our commitment to serving low income, under-resourced community members. In response to burgeoning community need, White Bird is opening a new medical walk-in clinic for individuals who are low-income and/or homeless and uninsured. The clinic, below the existing primary care clinic, will provide an alternative for patients experiencing an acute issue who lack health insurance, diverting a great number of emergency room visits. 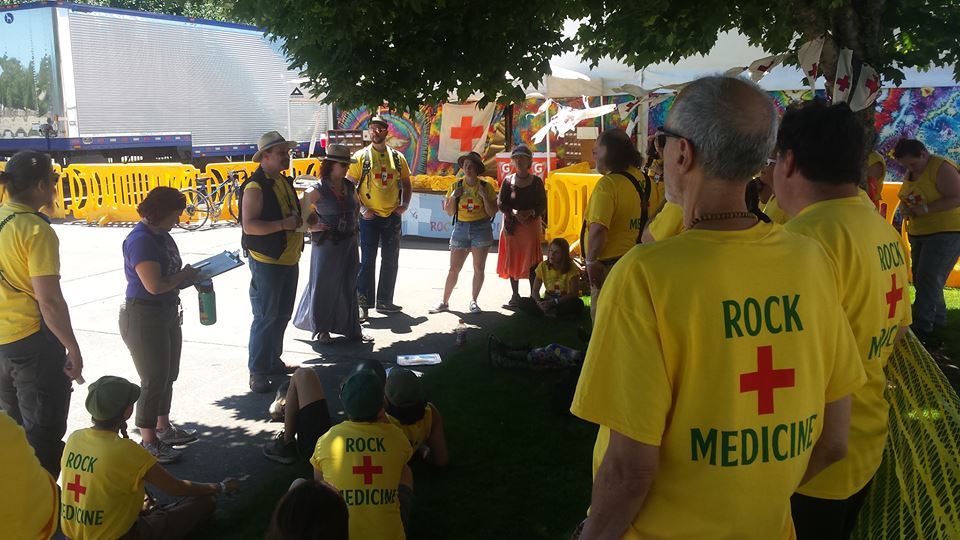 StadiumWhite Bird Clinic’s Event Medicine Program, Rock Medicine, will be providing Medical and Crisis Intervention services for the Garth Brooks Stadium Tour when he performs at Autzen Stadium in Eugene on Saturday, June 29th. We will bring 60 professional volunteers providing our unique model of Compassionate Care to a record-breaking sold-out crowd of 64,000 happy patrons.

Rock Medicine is a fundraising effort for White Bird Clinic so the services we provide at the event are provided by contract with the promoter and the funds we earn help support the amazing services White Bird provides all year long in Eugene & Springfield.

It’s a true labor of love and the work provides a great spirit of camaraderie among our volunteers!

If you have a background in Mental Health, Social Service, or Medical field and think you might like to volunteer with Rock Medicine at our next event, write to rockmed@whitebirdclinic.org for more information.

This summer, Rock Medicine is launching a campaign to raise money for White Bird to open a new walk-in medical clinic for individuals who are low-income and/or homeless and uninsured. The clinic, below the existing primary care clinic, will provide an alternative for patients experiencing an acute issue who lack health insurance, diverting a great number of emergency room visits. Help us by making a donation or joining our fundraising team – click the image below for details!